Cockroach can be a real pest.

For the average homeowner, cockroaches are the worst pests imaginable. They’re often very indomitable creatures who hide in the deepest cracks and darkest corners. Not to mention that the very sight of them gives most people the creeps. Listing the reasons these insects land on the top of the pests’ list is easy but we often underestimate the nature of those pesky fellows.

How much do you really know about cockroaches? Let’s begin at the beginning shall we?

Cockroaches Existed During the Age of Dinosaurs

Did you know that cockroaches existed millions of years ago? When T-Rex and other types of dinosaurs were roaming the earth, these insects could be seen scuttling under leaves, burrowing into cracks and making a home among fellow cockroaches. They’ve been that resilient over the years! No wonder they can be so hard to get rid of.

Cockroaches Can Survive a Month Without a Meal

Like most cold-blooded creatures, cockroaches don’t need much to keep their bellies satisfied. In fact, they can live as long as several weeks without munching on a meal. The fact that they can eat almost anything makes these scavengers even more capable of resisting eradication. But fear not. They do have a weak spot for water, surviving for only a week without a sip.

They Can Run 3 Miles in an Hour

Have you ever seen a cockroach scampering at top speeds to get out of sight? These creatures have a secret weapon – the ability to detect threats through movements in air currents. When they start moving those legs they can clock impressive speeds, as much as 80 centimeters per second. To put that in perspective consider this fact: in an hour they can run as far as 3 miles!

They Don’t Mind Losing Their Heads

Don’t go decapitating a cockroach thinking that’s enough to kill it. You might manage to cut off its head 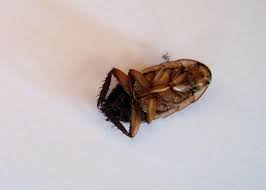 but that kind of damage won’t lead to immediate results. That’s because they can live for weeks without their heads thanks to spiracles that allow them to ‘breathe’ through their sides. They also have an open circulatory system. Better to squash them instead.

Not All Are Pests

But be careful and don’t go squashing every cockroach-like insect you see. There are over 4,000 species within their family and not all are pests. In fact, only 30 of the estimated 4,000 species are classified as pests. The rest of these fellows live in a wide range of habitat throughout the world, including forests, and have no interest in living among humans.

Did you know that one of the rarest cockroach species, the Luchihormetica Lukea, can glow? Exhibiting a yellowish light through bioluminescence, it’s one of the few land-based creatures that glows.

Bacteria in Their Bodies Provide Nutrients

You’re not the only one who needs vitamins to stay in tip-top shape. Cockroaches strive due to the vitamins they receive from an unlikely source – the bacteria in their bodies. The bacteriods living in the fatty regions of their bodies produce amino acids as well. Wouldn’t you like your body to be this vitamin-sufficient?

They Can Survive Under Water

Unlike us humans who can barely last a minute under water, cockroaches can stay underwater for long stretches. Up to an hour. They do this by simply holding their breaths. 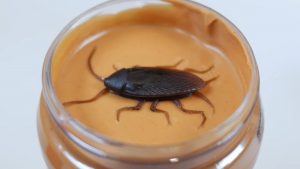 Now here’s a disturbing fact: processed foods you consume can contain insects such as cockroaches. This is due to contamination during the cultivation process. The only solution to this would be for you to stop eating processed foods or for cultivators to use more pesticides. The latter option would prove to be dangerous to human health. On the other hand, regulatory bodies such as the FDA maintain that limited amounts of insect fragments in foods are safe for humans.

Ever wondered why cockroaches like tight spaces? The answer lies in the nature of their bodies. These creatures exhibit thigmotropism which means they move and react in response to stimuli. For this reason, they are more comfortable making habitat within the tightest of spaces.

What’s the most surprising fact you’ve learnt about cockroaches?