Everybody knows that flies aren’t the cleanest of pests! In fact, they may be small in size but their germ-carrying potential is simply staggering. That’s because they feed on feces, fluids from sores, and decaying matter such as garbage. Name it, and these flies will eat it, then poo on anything – or anyone – they happen to land on!

For this reason, it’s not surprising that they aid in the transmission of dozens of diseases affecting humans. Some of the most dangerous of these fly-borne diseases include typhoid fever, cholera, dysentery, epidemic conjunctivitis and poliomyelitis.

Typhoid is a kind of enteric infection similar to cholera, diarrhea and dysentery. This infection results from a bacterium called Salmonella typhi and occurs when individuals come in contact with feces or contaminated food or water. Since the bacterium often resides in the intestines and blood or fecal matter and flies are often attracted to waste, it is no wonder they can easily pass on this disease. 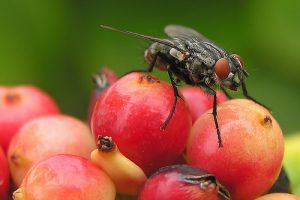 Keep flies away from your food to avoid  transmitted diseases

To reduce the risk of contracting typhoid fever, keep your home and working areas in tip-top sanitary condition. When travelling, especially to areas in which the disease is common, also be mindful of the food or water you consume. If symptoms like high fever, delirium, coughing and headaches occur, check it out immediately and get treatment.

Cholera may be rare in the Unites States but be on guard if you are traveling to countries in Africa or Southeast Asia where the disease is quite common. Risk factors include exposure to contaminated water or food, especially in unsanitary areas in open markets or via street vending locations where running water is not present.

The disease often results in watery diarrhea and vomiting which can lead to extreme dehydration and death. To reduce your risk of becoming infected with cholera, employ caution when eating street foods, especially in areas where sanitation and health measures are questionable. Put your safety first, as well as controlling house fly populations within your home.

Dysentery refers to inflammation of the intestines which results in diarrhea with blood. Like typhoid fever and cholera, it is a bacterial infection that in worse case scenarios may lead to death.

Individuals contract the disease when they eat unsanitary food or consume contaminated water. These can become contaminated due to flies which often carry pathogens within their guts or on their bodies.

Apply precautionary measures to reduce your risk of contracting dysentery. This includes controlling flies in your home, keeping your surrounding free of garbage or anything that may attract flies.

Epidemic conjunctivitis, or epidemic keratoconjunctivitis, is no ordinary “pink eye”. In fact, the disease represents something far more contagious and irritating, manifesting signs and symptoms which include inflammation of the cornea, fever, extreme fatigue, headaches, and swelling of the nymph nodes. 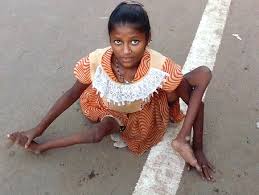 Poliomyelitis has been affecting children worldwide

The infection may occur when pathogens found on the bodies of flies come into contact with your eyes. For instance, you can become infected when you touch contaminated surfaces then rub your eyes. Prevention involves washing one’s hands regularly, as well as reducing fly populations within your home.

Poliomyelitis, also known simply as polio, can cause paralysis or death in its victims. This disease results from the poliovirus which soon travels to an infected individual’s brain tissues and spine. Once the infection occurs, individuals will begin to experience flu-like symptoms such as sore throat, fever, and fatigue. The symptoms may worsen within a few days leading to meningitis or paralysis.

Though polio has been eradicated in North America and most regions of the world, be cautious when travelling to West Africa or South Asia. Note also that the disease is transmitted through contact with the fecal matter of infected individuals. This may occur when flies feed on feces then land on food or contaminate your drinking water.

Remember that flies are dangerous pests! Keep house fly pollution under control and be mindful of what and where you eat when travelling to regions affected by fly-borne diseases.