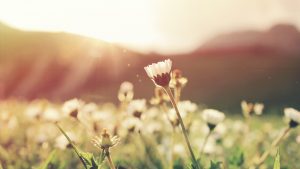 Summer is a time for fun, frolicking, and pests.

Who doesn’t love summer? Not only do we look forward to summer as a time of relaxation and regeneration, but many of our pesky little insect friends also look forward to long, hot summer days. Not only can their presence annoy us and ruin our summer, they can be a source of pain and disease. Here are seven summer insects to look out for and avoid.

Ticks love summer time. They seem to be everywhere. If you have dogs or cats you probably spend a good deal of your time removing ticks from their coats. Ticks are well known for carrying Lyme disease, especially in Northeastern states but now they are also suspected as a source of transmission for another dangerous parasite known as the Babesiosis.

The Babesiosis infects the red blood cells and can cause severe and even deadly symptoms that include fever, muscle cramps, headaches and anemia. This parasite does not always cause symptoms so one can be affected by it and not know it. Although this parasite is still relatively rare to see, the number of reported cases of Babesiosis are on the rise and in some places the infection rate increased 20- fold over the previous year.

The best way to protect yourself against ticks is to keep your body covered and wear insect repellant. If you are returning from the woods or a tick-infested area you should always do a body check. If you think you were bitten by a tick, or you discover a tick on your body contact a doctor immediately.

Yellow jackets are wasps and they sting. If you happen upon a yellow jacket the best thing to do is run away. Yellow jackets will pursue you but normally they won’t go very far. Populations of yellow jackets are on the rise and this may be due to global warming. They are also found in just about every state in the US. Should you be unfortunate enough to get stung by a yellow jacket treat the sting with ice and antiseptic. If you notice any signs of an allergic reaction seek immediate emergency medical assistance.

Most ants coexist in peace and harmony with people but not the fire ant. The fire ant is a species originating in South America and these aggressive ants attack in swarms anytime someone happens to get to close. Their stings are very painful and these tiny little terrorists are not happy with biting only once, they bite over and over again. Populations of these ants are increasing and spreading west to California and as far north as Kansas and Maryland.

If you come upon a swarm of fire ants the recommendation from the Texas fire ant research and Management Project are to run away while at the same time brushing away as many of the ants as possible. Insect repellant may help to temporarily hold off an attack but are not terribly effective in discouraging fire ants once they begin to attack. If bitten use ice on the immediately. If swelling, pustules or any other symptoms of an allergic reaction develop you should seek out medical help.

Cicadas also love the summer but they only enjoy it once every two decades. Fortunately, these creatures are completely harmless. Cicadas never harm anything other than trees. The best thing to do is simply enjoy their mating call song which many consider to be the “music of summer.”

This species of ant runs around frantically and that is why they have been named “crazy ants.” These ants can number in the tens of thousands in some of the bigger colonies. There stupendous numbers often make them difficult to eradicate. This species has an unusual love for electronics and they can cause homeowners to get crazy because they love to set up colonies in electrical housings and circuit boxes then chew through wiring. If your home gets invaded by these crazy ants it is best to get professional help to eradicate them.

African killer bees are the result of an experiment gone wrong. In the 1950’s a Brazilian scientist tried to breed bees from Africa with honey bees hoping it would increase production and create a more docile insect but the experiment failed and it did not work out that way.

These killer bees are a serious threat in warm states like California, Texas and Florida. They are extremely aggressive and often surprise the victim when they swarm from a hive hidden underground, under a rotting log or even behind a wall. Most people are unable to identify by sight regular bees from killer bees so it is best to avoid all bees.

If you are attacked and you can’t find a place to take shelter keep running. Cover your face and eyes and do not swat at them because that makes them angrier and more aggressive, Never jump into a pool or lake because they will hover over the surface until your oxygen supply runs out. If you are bitten seek immediate medical help. These bees have killed humans so immediate help is crucial.

Florida is the native habitat of the Gallinippers or giant mosquitos. Fortunately they do not bite as often as regular mosquitos and they are not known to transmit the West Nile virus or any other diseases. Using insect repellant should keep these mosquitos out of your way so you can enjoy your summer.