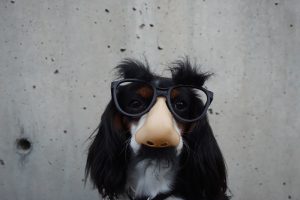 There is a new pest problem on the horizon in the United States. These creatures seek out humans as food sources, create painful sores, and are seemingly immune to a number of common pest-control measures. They have become a serious epidemic for families and employers in America. What kind of pest could cause these issues? Bedbugs.

The rates of bedbug infestations have increased dramatically over the past decade, causing pest control experts to have to find creative ways to address the epidemic. One of the solutions that they’ve found to identify homes and businesses that have been affected with infestations of bedbugs is to use trained dogs, which can identify infestations simply using their nose.

One of these highly-trained dogs is named Inspector Cody. He is a rat-terrier who has been trained by handler Sonny Wardlow using techniques that are similar to the ones used to train dogs for service with the police department. Instead of being used to collar criminals, however, Cody uses his well-trained nose to identify areas that have been infested with bedbugs and to alert his handler to their presence.

Cody is a part of a pack of four different dogs that were brought on to be trained as members of an elite team of canines that is used to detect bed bugs for a company called Micah Services that is based out of Orlando. According to Wardlow, a single dog can be used to inspect up to 30 standard-sized hotel rooms within a single day. In comparison, using a human team to search for bedbugs in hotel rooms can take about an hour to complete.

There are additional advantages to using canine detection methods for bedbug infestations. While standard detection tests by humans may require the dismantling of beds or furniture, the canine teams can use their highly sensitive noses to detect very small odors emitted by the bedbugs. In studies, dogs have been shown to be able to accurately detect the presence of live bedbugs at least nine times out of ten.

While bedbugs can be active in clothing and other fabric materials, they are often discovered in beds and couches. At this time, the health department does not believe that bedbugs are capable of transmitting diseases to humans, but their bites can be difficult to deal with. To deal with a bedbug infestation, it is important to bring in professional services that can help you to not only detect the presence of bedbugs, but also to remove them effectively.