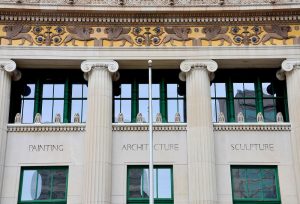 Earlier this year at downtown Wilmington’s main library branch, the librarians were noticing bedbugs in books that were being returned to the library. The return counters were treated for the pests, but this past week has seen the return of the bedbugs, but not a total infestation. The director of the city’s library system Larry Manual says that there has been “one here, one there”.

During the previous sightings at the circulation counter in April, the library’s exterminator did a three-part chemical treatment at the counter as well as a 25-foot radius around it. After that, it took until a few weeks ago for any more bedbugs to show up and even then they were found in books that were being returned to the library. These books that were flagged for having bed bugs; they are placed in a bag and then disposed of. Over the last week, Larry Manual says that the library has thrown away three or four books because of bedbugs.

Starting in 2003, there has been a revival of bedbug infestations across the country, notes a spokeswoman for the National Pest Management Association Cindy Mannes. She also says that the rate of infestation has stayed steady recently, according to a study done by the University of Kentucky. The same study also found that these bedbugs are also the most difficult pest to control. 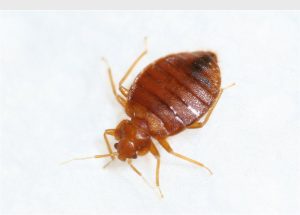 During serious infestations, Mannes says that the bedbugs leave small black spots. Bedbugs, being only the size of an apple seed, feed on blood which causes itchy bites. She also urges that nobody is immune to this increasing problem.

Luckily, a number of bedbugs in the Delaware libraries are low, only two books with bugs were sent through the sharing agreement between the city and county systems. One book went to the library in Bear, and the other went to the Elsmere Library. As the Delaware Division of Libraries became aware of the issue, they contacted the public health department. The director of this division Annie Norman was quite relieved to learn that the bedbugs are actually classified as a nuisance and not a public health emergency.

Another library had bedbugs in a chair about a month ago. This problem at the Selbyville library was taken care of immediately. The chair was removed by a local exterminator and the entire building was treated. Patrons of the library were informed of the situation, and the state library division is planning a training seminar on how to deal with bedbugs.