What are Hobo Spiders?

A Hobo Spider, also called Tegenaria agrestis, as well as the Aggressive House Spider (AHS), is a native to Europe. Apparently, the species was accidentally introduced to the United States as early as 1920s to 1930s through shipping lanes. 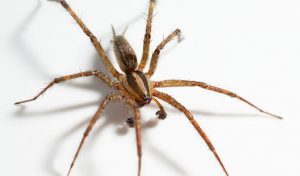 Northwest and Western Canada, hobo spiders belong to the Agelenidae family. These arachnids are known for their construction of funnel-like webs that serve as traps for potential preys and mating grounds as well.

As with most spiders, the female hobo spiders have obviously larger abdomens as compared to their male counterparts.

Due to its undeniable similarities, hobo spiders are often mistaken for the brown recluse spiders or even the wolf spiders. The characteristics of the three species are really hard to determine with the naked eye.

The hobo spiders have brown color and the females can grow a little over 14 mm in length, while males are only around 11 mm. Unlike the six eyes of the recluse spider, hobo spiders have eight eyes clustered together. Their abdomens have chevron-like shape markings and their legs have short hair and no distinct rings and solid light brown color.

What Do Hobo Spiders Eat?

Hobo spiders prey on different kinds of insects and even other kinds of spiders. These aggressive arachnids carefully trap their prey by weaving funnel-shaped webs. When a prey comes into contact with the web, it triggers vibrations that alert the hobo spider. It attacks its prey before it can get away because its web does not permanently stick insects to its web. That is the only way these hobo spiders can survive, if they keep allowing their prey to get away from the web, then they’ll die of starvation.

Where Do Hobo Spiders Live?

Hobo spiders normally prefer to live in dry and warm environments where they weave their webs attached to an object near the ground.

While it is possible to find hobo spiders inside houses, in Europe they stay in gardens, hedges, and fields because of competition from other house spiders. However, they stay near around human habitations.

In addition to serving as traps for their preys, the spider webs of the hobo spiders serve as mating grounds as well. Females nest on the web waiting for males to approach them. After mating, females stay in their nests while males will either move on or die soon.

So are hobo spiders poisonous? They have venom but are not considered fatal to human beings. In fact, 50% of their 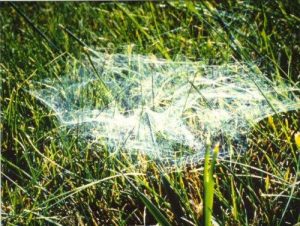 bites are “dry,” which means there’s no venom injected.

However, when venom is injected to the victim, it typically shows redness, somewhat similar to a mosquito bite. It does however, begin to blister in the center and will break open within 24 to 36 hours, leaving an open ulceration. It can even worsen and can cause the victim to feel nauseated.

While they are considered aggressive, these arachnids only attack when provoked or threatened especially when it’s tending an egg sac. Since they usually live in dark areas, humans are often not aware that they are already imposing a threat to the hobo spiders.

How To Get Rid of Hobo Spiders

The most effective way to exterminate hobo spiders according to North American experts is by using pre-baited traps. Pesticides and bug bombs will not help extinguish these spiders. In fact, it will only help them expand their population by getting rid of the other predatory insects.

While calling the services of an expert is your best bet, good housekeeping will surely help. Making sure that they don’t have a place to set their webs is always a good start.  Using a broom or a vacuum cleaner is also a safe way to help eliminate spider webs.