Home > General News > How to Get Rid of Asian Lady Beetles

These beetles originated in Asia, including countries such as China, Japan, Korea, and Russia. Among the other ladybugs, this one, in particular, is considered a nuisance.

What is an Asian Lady Beetle?

Asian Lady Beetle, scientifically known as Harmonia axyridis (Pallas), is relatively new in the United States and was first reported back in the early 1990s. They fly to buildings searching for a place where they can overwinter and ended up indoors. 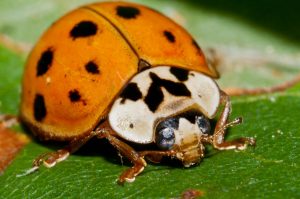 How to Identify an Asian Lady Beetle?

One way to know if it is an Asian Lady Bug is the M-shape or W-shape on its head. They are oval in shape and convex and are about ¼ of an inch long. The color of this bug can go from red to orange to tan.

Their back or the wing part of its body is filled with black spots but there are cases wherein the spots are not that visible or even absent. The ones with the most spots tend to be the females, while the ones with few spots on them or no spots at all tend to be the males.

The Life Cycle of the Asian Lady Beetle

There are so many kinds of Ladybug beetles and their life cycle varies depending on its kind. Some of these beetles are considered predators and some of them are just plant eaters. Despite the differences in their diet they all, on the other hand, undergo a four-stage metamorphosis. This four-stage metamorphosis includes the egg stage, the larval stage, the pupal stage, and lastly the adult stage.

The life cycle’s duration can vary but ranges from one to two months. The egg stage starts as the female lays clusters of eggs. They would do this on the leaf’s underside or on a twig that would be infested with their prey like the aphids or scales. This happens during the spring and early summer. A Ladybug can lay up to a thousand eggs. The egg cycle ends in about five days when it hatches.

Upon hatching from their eggs, these larvae will then undergo four instars and on every instar, they would molt and 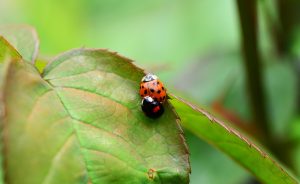 become bigger, once on every instar stage. This instar stage completes after one to two weeks. As these bugs end their four stage instar, they enter the pupal stage where they enter a resting phase and transform into adult Ladybugs.

The pupal stage can take about three to twelve days depending on its environment and species. Upon reaching adulthood, these bugs would eat the same prey they have eaten when they were still in the larvae stage. They are active until it turns cold, and then they have to seek a place where they can overwinter. They reproduce once to several generations a year depending on its species and its location.

How Are They Harmful?

Asian lady beetles, in general, do not cause harmful injury or grave diseases to humans. Instead, these pests are more of a nuisance. These annoying bugs, when disturbed, emit a foul, acrid odor and they secrete yellowish fluid resulting in stains on surfaces where the fluid was secreted.

While the Asian lady beetles are not known to transmit any diseases, there are some studies suggesting that infestation of this pest can result in allergies to some individuals including asthma and eye irritation. To add, Asian lady beetles may bite, but this does not usually result in any harm.

How to Get Rid of Asian Lady Beetles?

If you’re dealing with an infestation of Asian lady beetles, there are a few things you can do to alleviate the problem.

Seal entry points. In order to prevent Asian lady beetles from infesting your home, seal the entry points they 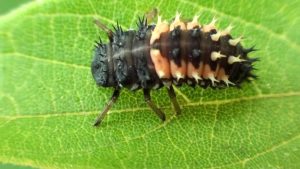 might use, including gaps and cracks. Screen your windows, vents, doors, and even your chimneys.

Use vacuum. If there are already some Asian lady beetles infesting your home, you may use a HEPA filter vacuum or sweep the ones that are reachable.

If none of this work, you may call on a pest control expert to handle the situation. Getting rid of these bugs outdoors involves an application of insecticides around the perimeter. This will keep them from entering.