Home > Termites > How to Get Rid of Drywood Termites

It is food for thought after discovering that a termite infestation might just be the biggest threat to your home and property. Even if your house is severely damaged by a wind storm, such as a tornado or hurricane, flooding, or fire, you typically can remedy any such catastrophe by taking out a homeowner’s policy. You do not have this leeway if you are affected by termites. Repairing the damage caused by termites is fully an out-of-pocket expense.

Drywood Termites – One of the Two Major Species of Termites 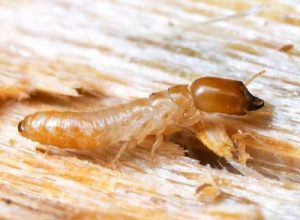 Drywood termites gorge on wood and are insidious in their pursuits. These termites are larger than the other major type – the subterranean variety, and leave small tell-tale clues of their existence that are not very obvious. If you are not looking for termite damage or infestation, you can easily bypass any notice of their initial presence in your home.

Both drywood and subterranean termites love to feed on all kinds of cellulose material, such as structural wood, furniture, dried plants, and books. Once drywood termites get inside a residence, they pretty much make themselves at home and can be found upstairs and downstairs or throughout the house.

Although the drywood variety frequents homes less than subterranean termites, they still can do a lot of damage. The

Noting the Differences between Flying Ants and Flying Termites

Homeowners may not realize that the flying termites they see are actually termites. Instead, they may believe that the insects are flying ants. However, there are distinctions between the two insects that are well worth noting. The main feature to look at is the body of the insect and the wings. The flying ant displays a pinched waist where the flying termite does not. Also, flying ants exhibit wings that are uneven in length while termite wings show a uniform conformity.

An easy way to remember and differentiate a flying drywood termite from a flying ant is to remember that the termite possesses straight antennae, a straight waist, and equal wing lengths – you won’t find any variation in the insect parts or body. Flying ants, on the other hand, show off bent antennae, wing lengths that are not equal, and a pinched waist. Therefore, you will notice a variation in the parts of the flying ant and its body. Knowing the differences, as well as noting them can save you a lot of pain and frustration later down the road.

One major clue of an infestation problem will usually appear on the window sills of your home. The ins 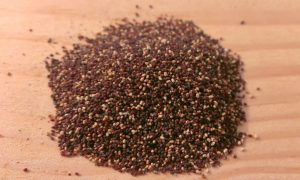 ects often leave their frass or hexagonal shaped feces in these kinds of spots – a colossal indication that you have a termite problem. In fact, this is one of the major ways you can tell that you need to have a professional exterminator come out and survey your property.

Once more, because you can have other kinds of damage repaired or paid for with insurance, you owe it to yourself to make sure you have an annual inspection for termites and other pests. Again, if you have not been beset with a problem with drywood termites in the past, you may not know that you need to retain the services of a pest control specialist. Therefore, always make it a habit to have your house inspected for termites and other bugs annually.