While there are a number of pests that cause issues for farmers and gardeners, some threats are greater than others when it comes to insects. A pest that is on the rise in the United States and has potential to cause a great amount of damage is the lanternfly, which feeds on fruit crops and the wood of various trees.

What Is a Lanternfly?

Lanternflies are relatively small, measuring about an inch in length. They are usually red, white, and black with small black spots along their back. Although they are small, they feed on hard wood, grapes, apples, and other varieties of fruit crops. They are capable of causing large wounds in the wood of trees, leaving them open to mold and fungus and have been known to devastate plant life quickly when introduced to new areas. In some cases, trees that have been attacked by lanternflies may begin to produce sap-like substances in an effort to protect themselves, but this sap may attract other pests to the tree.

An average lanternfly life cycle lasts about a year, during which time they can lay between 30 and 50 eggs.

Where are Lanternflies Found?

Lanternflies are normally found in Asian countries. They were introduced to Korea roughly nine years ago, where they began to cause major devastation for crops. In the United States, lanternfly infestations have only been observed since the early fall of 2014. The first state in which lanternflies appeared was Pennsylvania, where a number of measures have been implemented to resist the spread of the infestation. If you do travel to lanternfly pervasive areas, it’s important to use this checklist to avoid taking them home with you.

Lanternflies are able to lay their eggs on any level surface, whether it’s of a natural substance like stone, wood or things like patio furniture and vehicles. Because the eggs are usually a neutral color like brown or gray, they can go unnoticed by homeowners. This means that they can readily hide on everyday surfaces and spread from one area to the next rather quickly.

How to Get Rid of Lanternflies

The easiest way to get rid of lanternflies is to remove the egg sacks that they lay before they are able to hatch. Because the egg sacks attach to smooth surfaces, they can be scraped and placed into an alcohol solution in order to kill the pests inside of the egg sack. In the absence of rubbing alcohol, a basic alcohol solution such as the one found in common hand sanitizer can be used to drown the larvae inside of a scraped egg sack.

Since SLF (Spotted Lanternflies) commence laying in October and ‘through the first few hard frosts’, it’s important to keep an eye out for them. The eggs are mostly placed on rocks, man-made objects (usually stored outdoors), and trees. The eggs, usually covered in wax, average 30-50 individual eggs. Whenever these egg masses are encountered, they can be scraped by property owners. A simple knife, stick, or credit card can be used to remove them. It’s not guaranteed that eggs left on the ground won’t survive, so be sure to use the alcohol method to kill them.

After being laid, the spotted lanternfly nymphs will emerge from the egg masses in early May and go through the nymph 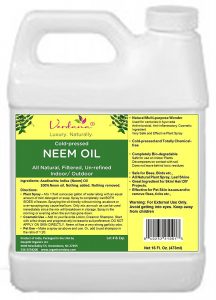 stages. They will spend time on the surface from which they emerge, and will crawl about to feed. Though these nymphs can affect many different plants, they’re more prone to the tree of heaven (Ailanthus altissima).

To get rid of spotted lanternflies in their nymphal stages, banding these trees have proven quite effective. This can be done with adhesive tapes. Note: This is most effective when the nymphs are in their first 3 nymphal stages. Brown colored adhesive bands are most effective based on Research done in Korea. Replace bands every 2 weeks if this method is chosen. A simple tree banding kit can be obtained online or from your local Walmart.

At least three different forms of insecticides are currently known to be useful against the adult lanternfly. Recently, traps that use natural oils, such as peppermint and spearmint, have been found to be effective in enticing lanternflies to feed, which can help homeowners to remove the pests without harsh chemicals.

Finally, the best biological option for the control of a lanternfly infestation on a large scale is to introduce a particular variety of parasitic wasp, although this may be more effective for large agricultural operations, rather than gardeners and homeowners, as the wasps may be more of a hazard to the homeowners than the lanternfly is. This solution has been attempted in Korea and several other Asian countries, where it has been deemed to be highly successful and effective.

Since the tree of heaven has a regenerative root system, to control an infestation, suppression of this species is required. Multiple treatments will be required to control this infestation, along with various control methods.

When a tree of heaven is young (less than four inches in diameter), basal bark sprays are effective.

Use the suggested herbicide along with an oil carrier. This treatment is perfect when used to regulate smaller trees, especially in late winter and summer.

Subsequent to a freshly cut stump, it’s necessary and important to apply an herbicide to prevent suckering and sprouting. The stump should undergo herbicide treatment immediately after the cut to ensure that the roots will readily absorb the substance. Treatment of stumps is more effective when done during growing season.

There are many insecticides that are effective against the spotted lanternfly. However, it’s difficult to apply the treatment to SLF throughout their varying life cycle. For instance: As eggs, SLFs are transferred in concealed and protected areas. Additionally, research shows that nymphs travel or spread out and will be all over the property, not in a concentrated area. During the last instar and adult stage, SLF will make their way to find the tree of heaven. During this stage of the spotted lanternflies’ life cycle, landowners can concentrate their efforts and deliver insecticides in a potent and effective way. This method is known as ‘attract and kill’. Along with applying insecticides, tree reduction method is also useful.

In most cases, SLF must find its way to feed on the tree of heaven commencing mid-July. Knowing that information, landowners can deliver a method called trap trees. The trap tree method is done by allowing a few small number of live tree of heaven on a property; that is after the reduction of host trees. Because the vast majority of trees would have been removed, when the last instar and adults commence looking for the tree of heaven, they have no other option but to turn to the trap trees.

The perfect trap tree must be male and about 10 inches wide. This is because the tree of heaven is both male and female. As the female tree of heaven produces seeds, they will be able to repopulate the property; That makes it ideal to use male trees.

To control spotted lanternflies, applying a system of insecticide will help to kill off adults. Dinotefuran is an application that can be used as it’s targeted with active ingredients. For this to work, SLF must be feeding on the tree of heaven.

As most other organisms do not target tree of heaven, exposure to the insecticides used is kept to a minimum. The number of trap trees used is uncertain, but the application should be applied yearly; at least until SLF aren’t detected.

Other Concerns about Lanternflies

Because lanternflies have the capacity to reproduce quickly and to cause harm to even the healthiest of plants, it is important to report signs of a lanternfly infestation to the proper agricultural authority in your area. In Pennsylvania, several measures were introduced to attempt to quarantine the infestation, such as the introduction of inspections of any business that regularly stored merchandise outside, such as auto body shops and grocery stores with outdoor displays.

Because lanternfly eggs can be well camouflaged and adult lanternflies can spread rapidly, agricultural experts also recommend that whenever possible, firewood should be purchased in the same area in which it will be burned, since lanternflies often lay their eggs on wood when they can. When transporting goods that have been stored outside to another area, make sure to thoroughly examine the surfaces of every item transported to ensure that lanternflies are not inadvertently brought to a new location to spread.