Home > General News > Millipedes: How to Get Rid or Prevent an Infestation

At first glance, a millipede looks like a worm with lots of teeny-tiny legs. Some people refer to the anthropod as an insect. However, millipedes, while pests, are technically not categorized as insects but as invertebrate animals with exoskeletons (external skeletons). Their segmented bodies feature joint appendages. Millipedes, in fact, are part of a class of anthropoids (diplopoda) that features as many as 6,000 species. Crustaceans, such as lobsters, and centipedes are defined as anthropods, as well.

While millipedes are not necessarily destructive in North America, they are obvious annoyances. That is good news, 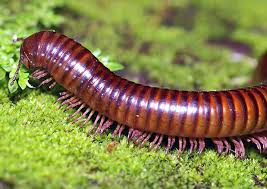 to some degree, for Canadians and U.S. Citizens, as millipedes in other parts of the world can be poisonous – so poisonous that they secrete a compound containing cyanide. These types of millipedes will warn you of their impending danger as they are brightly tinted. Millipedes in North America are typically colored black or brown. While they are not considered poisonous, they certainly are regarded as troublesome.

Millipedes Can be Problematic

Millipedes are particularly problematic as they can produce as many as 300 offspring at a time. Therefore, if your home has a millipede infestation, the issue can be quite pervasive. These uninvited pests will usually make themselves at home in your house in the early autumn, or when the temperature begins to fall. Dying millipedes do not emit a pleasant smell either. They excrete a smelly fluid that also stains household surfaces. They also wreak havoc on your garden. Even though some millipedes are detritivores, there are others that feed on living plants. If millipedes have invaded your garden, it’s important to get rid of them, whether by using DIY techniques or a professional pest control service.

Getting Rid of Millipedes Naturally

With that being said, there are a number of methods you can use to get rid of the annoying anthropods. One way to eliminate the pest is with diatomaceous earth. This natural substance, which is composed of fossilized diatoms, cuts through the millipede, causing the pest to dehydrate and die. Diatoms, which are unicellular algae, are distributed widely in the upper layers of the sea and are also found on the underside of plants.

Wood ash can also drive away millipedes. The ash dries out damp soil surrounding a house, causing any millipedes to look for a damper habitat. Millipedes like to settle in humid or moisture-laden environments and soils. Therefore, 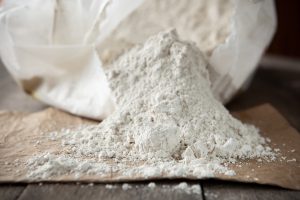 wood ash is not a substance they find too inviting.

3. Sweeping Up the Pests

If you do see a number of the squirming pests in a spot of the house, you can also easily remove them with a dust pan and broom. However, again, you still need to contact a pest control professional as the anthropods breed prolifically.

Besides the aforementioned solutions, sometimes chemicals are the only option. Chemical applications may come in granules, liquid sprays, powders, and aerosols. One of the common products used for this purpose is boric acid. The acid, which is one of the milder chemicals, kills the millipede by infecting it and disrupting the functioning of its stomach. The acid is usually placed along cracks and at points of entry where the anthropoids are frequently found to wander.

You can prevent a millipede infestation by removing debris or leaves around your home. Debris or leaves serve as a kind of banquet for the anthropods, or you might say a feeding ground. Debris and leaves also attract mold and centipedes.

Control the inside moisture in your home as, again, millipedes inhabit damp or high-humidity areas. Also, seal any cracks around the house. If you already have a millipede infestation, these measures are important to remember after the pests are removed by a pest control technician or professional.