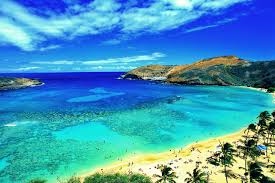 The state capital and most populous city in the state of Hawaii, Honolulu boasts a population of approximately 400,000 people.  Situated on the island of Oahu, Honolulu is a popular tourist destination, and attracts millions of travellers each year. Yet, despite its idyllic reputation, Honolulu is still home to a whole host of pests and creepy crawlies that can create problems for homeowners.

The climate of Honolulu is classified as a ‘tropical savannah climate zone’. This sees the city experience few temperature fluctuations throughout the year, with temperatures typically spanning between 65 and 90 degrees Fahrenheit. Total rainfall amounts to around 17 inches, with summers being typically the driest time of year. The warm, stable climate of Honolulu provides the perfect environment in which pests may thrive.

There are a range of pest problems common to Honolulu, including bed bugs, carpenter ants, and bees and wasps. As a major tourist destination, Honolulu is vulnerable to the scourge of the hotel industry that is bed bugs. These pests travel easily from building to building, typically hitching a ride on their human hosts or their belongings. Bed bugs are considered an especially nasty pest as they feed during the night on human blood, and can cause at best, severe itchiness and at worst, secondary skin infections from their bites. They are also incredibly hard to eliminate once found in a home, and normally require incredibly thorough cleaning and sometimes heat treatment to completely eradicate the problem. There is somewhat of a misconception among the public that a bed bug infestation means that any affected bedding should be disposed of. This is not necessary, but instead, thorough disinfecting is required. After treatment for extermination, a bed bug infestation can relapse if even just one pregnant, female bed bug is left undisturbed. For this reason, the quickest and most painless method for bed bug extermination is usually through the use of a professional pest control service.

Carpenter ants are also a well-known pest problem in the Honolulu area. These pests nest in rotting wood or tree stumps and can cause serious damage to the lumber in your home if left untreated. The ants are also attracted into homes by food sources. Sealing cracks between the floor and wall, as well as keeping food securely stored can help to keep carpenter ants away from a home. The presence of an ant colony in a home can be identified by the sawdust-like feces the ants produce, or the presence of even just a few of large scavenger ants. Ant baits or sprays can make for effective DIY treatments; however, complete eradication can require the service of a professional pest control company, due to the fact that there may be several carpenter ant colonies on one property at a given time.