With a relatively steady population of around 6,000 residents, Glendale is a small to moderately sized city that is located in St. Louis County. During the early to mid-19th century the area that was to become Glendale, mostly consisted of country homes and estates. In 1916, the village community that stood on the site of the present-day city became the fourth-class city of Glendale. 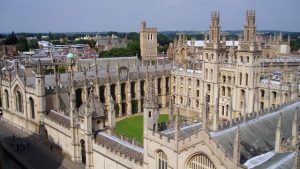 Today, Glendale is a largely suburban city consisting mostly of one-family homes. It covers a geographical area of just over 1 square mile and has a relatively high population density of approximately 4,500 residents per square mile. As of 2010, there were some 2,200 households in the Glendale area. With such a high number of suburban residences in a small area, many experience pest problems throughout the year. The following will take a look at the character of pest problems in the Glendale area.

Like most of the rest of Missouri, the climate of Glendale falls under the ‘humid continental climate’ classification. The region experiences long, hot summers and cold winters. Because of its situation in the interior of continental North America and the absence of weather regulating geographical features (such as mountain ranges or large bodies of water), the state typically experiences extremes in temperature throughout the year. Springs are typically wet and prone to the highest level of tornado activity during the year. The climate profile of Glendale (and Missouri more generally) means that pest activity is generally high throughout the year, thanks to hot temperatures and extreme weather activity that can drive bugs and critters into the home.

Possibly one of the more common pest complaints in the Glendale, (particularly during extended periods of hot summer weather), is mosquitoes. These pests can be incredibly annoying, as the female of the species seeks to feed on the blood of human hosts, causing painless but incredibly itchy bites. Mosquitoes can also be problematic in that they can spread disease and blood-borne illnesses between bite victims. One such pathology is West Nile Virus, which is mainly transmitted by mosquito bites. This virus can result in a range of symptoms including headache, fever, neck stiffness, and in the most severe cases, coma and/or paralysis. There is no treatment or cure for West Nile Virus, and in some cases, the illness can be a lifelong affliction.

Mosquitoes are typically attracted to slow moving bodies of water, where they will breed and lay their eggs. However, as they can travel over a reasonable distance, this can be located miles from the places mosquitoes may swarm to. Therefore, the best bet when it comes to protection from mosquitoes is usually bite prevention. These pests can be attracted to dark clothes and artificial fragrances, so steps should be taken to avoid using either of these if mosquitoes are a particular problem. A strong insect repellent containing DEET is a good prophylactic against mosquito bites, while bugs zappers and candles containing camphor can also be effective at keeping these pests at bay. If a mosquito problem is particularly bad, it can be a good idea to consult the services of professional pest exterminators, as they may have more powerful and efficient solutions for mitigating a swarming mosquito problem.

There are a number of reputable pest control agencies that service Glendale and the wider St. Louis area, including Blue Chip Exterminating, Pioneer Pest Management and Mosquito Squad of Greater St. Louis. The latter in particular, offers a comprehensive mosquito pest treatment and prevention program.