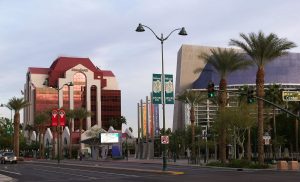 Home to an urban population of some 400,000 residents, Mesa is Arizona’s third largest city behind Phoenix and Tucson. The city covers a relatively large area of approximately 133 square miles and is the 38th largest in terms of population in the United States. Mesa is also home to a wide range of pest related activity, given the size of the city and its hot climate.

Mesa is classified as falling into a ‘desert climate zone’, and experiences very hot summers and typically mild winters. The city receives a negligible level of precipitation, recording around ten inches of rainfall annually. Year round warm temperatures make Mesa home to a range of creepy crawlies, which can often attempt to escape the heat and light by finding refuge in air conditioned domiciles. And because of the hot desert climate, Mesa is also home to a range of exotic pests not commonly found in other big cities in the country.

Common pest problems in the Mesa area can include scorpions, termites and spiders. Scorpions can be a particularly unwelcome pest to find inside the home. Typically associated with hot desert climates like that of Mesa, these pests can make their way into a domicile through tiny cracks and tend to find refuge in dark places, including shoes. Their nasty sting makes scorpions a fearsome pest, and while most species will do little more than a little pain, some people may have an adverse reaction to the venom dosed by a pest’s barb. Isolated scorpion incursions into a home can be handled relatively easily by an occupant. However, in cases where scorpion infestation is suspected, the safest and most sufficient method for addressing the problem is by utilizing the services of a licensed exterminator.

Termites, although not directly dangerous to humans, can be a much more costly headache for homeowners than scorpions. These insects can eat away at the timber in a building, and may cause significant structural damage which can be both dangerous and costly. It is not uncommon for an unaddressed termite infestation to cause thousands of dollars of damages to a home. Termites can be detected by the presence of saw dust like excrement around a structure, however, an infestation can be quite difficult to detect by the untrained eye. It is generally recommended to homeowners that they carry out regular termite inspections (which can be carried out by most pest control agencies) to avoid developing an expensive termite problem that can cause havoc further down the line.

Fortunately, a number of good quality pest control providers operate in the Mesa area, with one of the leading agencies being Responsible Pest Control Services. This pest removal company offers a number of different services based on your needs, including both residential and commercial treatments. Responsible Pest Control Services are experts in the extermination of scorpions, termites, cockroaches and other pests common to the Mesa area. They also offer free inspections which can be requested by phone or online. Other reputable pest control agencies in the Mesa area include Bulwark Exterminating, Varsity Termite & Pest Control and Blue Sky Pest Control.