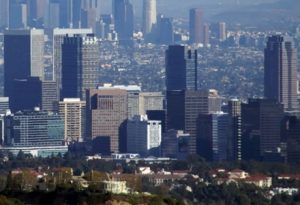 The busiest port city in Northern California, Oakland is home to a population of around 400,000 residents and is the 45th largest city in the United States. The city is one of the nation’s forerunners when it comes to sustainability practices, and has the number one ranking in the US for energy usage from renewable sources. Situated directly across the bay from San Francisco, Oakland is also the eighth largest city in California and the 45th largest in the US. The city is also host to a range of pest problems, some of which we will discuss in the following article.

The climate in Oakland is classified as a ‘Mediterranean climate zone’, with typically temperate and seasonal weather. A survey by the National Oceanic and Atmospheric Association found that Oakland is ranked number one among US cities when it comes to climate. Summers are usually dry and warm, while winters are generally mild. Characteristic weather events are limited to the classic maritime fog similarly experienced by San Francisco. This climate profile sees Oakland residents experience fairly typical pest problems for the city’s size.

Common pest issues in the Oakland area can include cockroaches, rodents, and termites. Cockroaches are a problem for both urban and suburban residents, where these bugs can spread all manner of germs and disease. They are known to hide in deep cracks and crevices and can be virtually impossible to detect until they scurry out into the open. To keep cockroaches out of the home, it is best practice to ensure that any openings into a building are covered and that drains are plugged when not in use. It is also a good idea to keep food and garbage tightly contained as these can attract cockroaches as a food source. Cockroach infestation can sometimes be effectively handled with DIY bug bomb; however, these can be ineffective as roaches are known to hide away from the reach of insecticide. Bug bombs can also be dangerous if used incorrectly. For these reasons, cockroach removal is best carried out by a licensed exterminator.

Termites are a common blight in many American suburbs, and those surrounding Oakland are no exception. These insects (also known as ‘white ants’) literally eat away the lumber in a home and can cause significant structural damage. Often, the damage bill for termite infestation can easily reach thousands of dollars and in severe cases, termite damaged buildings may be irrecoverable. Homeowners should regularly check for signs of infestation, which can be identified by the presence of sawdust-like termite feces around near the affected area. Often, it is advisable to arrange for regular inspections by a pest control agency to ensure that a termite infestation is caught before significant damage occurs. If a termite problem is suspected, a pest control specialist should be contacted as soon as possible for assessment and treatment of the problem.

When looking for a pest control agency in the Oakland area, there are a few reputable options to keep in mind. One such offering is Burge Pest Control. This company provides a number of different pest control solutions and treatments, including the wide range of pests commonly found in Oakland. Burge Pest Control offers quotes over the phone and has ‘no contract’ and ‘single service’ options available. Other good pest control providers in the area include Bayside Pest Elimination and Pestec.