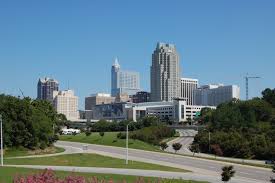 Raleigh, North Carolina is the United States’ 43rd largest city and is also one of the fastest growing cities in the country. Covering an area of approximately 150 square miles, Raleigh is characterized by a high density urban center surrounded by wide sprawling suburbs. The ‘City of Oaks’ is home to over 400,000 residents and also plays host to a large number of creepy crawlies and other pests. The following will take a look at some of the most common in the area.

Climactic conditions see Raleigh exposed to a number of potential pest problems year round. Raleigh’s climate is known as a ‘humid subtropical climate zone’, which is common to most cities in the south-eastern US. This sees Raleigh experience four distinct seasons, with short, cool winters and hot, humid summers. The latter season sees bug and insect activity at their highest levels for the year. However, other pests such as rodents may be a problem during the cooler months. Although infrequent, hurricanes and tornadoes may occur in the area and are most likely to occur during late summer or early fall. These extreme weather events can have the effect of stirring up pest activity and driving critters and insects into residences for shelter.

Some of the more common pest problems in the Raleigh area include cockroaches, silverfish, and termites. Cockroaches are a particularly icky and irksome pest, spreading germs throughout the home and scurrying away to hide in cracks and crevices. Not only can they hide away in unknown corners of a home for long periods, but can also quickly reproduce and may lead to a thorough infestation of a structure. Cockroaches are attracted to sources of food in the home and typically scavenge among food scraps of any type. For this reason, the risk of cockroach infestation can be limited if food stores and refuse are kept tightly sealed. Because cockroaches can infest a home in very large numbers and are famously difficult to thoroughly eliminate, a professional extermination service can be the best bet for complete eradication.

Silverfish, although a fairly innocuous pest, can nonetheless be a problem for Raleigh residents. These bugs love the dark and cool spaces in a home, where they feed on carbohydrates. This is why these pests are often found at the bottom of cardboard boxes, or in books, where they feed on paper and glue. A female silverfish will lay 60 or fewer eggs during ovulation, which can lead to a significant infestation problem. As the eggs are laid in tiny cracks and crevices in a domicile (where these pests often hide out), thorough extermination can be difficult using DIY methods alone. To ensure a complete elimination of a silverfish problem, professional pest control is again a wise move.

Some popular pest control agents in the Raleigh area include Clegg’s Termite & Pest Control, Frye Exterminating Company and Triangle Pest Control. Triangle Pest Control is a North Carolina based extermination company that specializes in the removal of common household pests. They offer treatment services for over 50 common pests including bed bugs, rodents and spiders (as well as the above mentioned creepy crawlies). They have a high standard of training for their pest control staff and offer same day service and free inspections.