Founded in 1794 by Dr. Joseph Spencer and named for the eponymous city in New Jersey, Vienna is a small 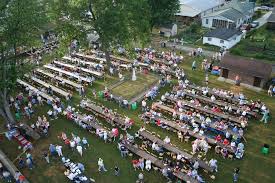 suburban city located in northwest West Virginia. The city began as a settlement on 5,000 acres of land that was gifted to Dr. Spencer for his service during the Revolutionary War. The city is situated within Wood County and is the third largest city in the Parkersburg/Vienna/Marietta Metropolitan area. With a population of about 11,000 residents and covering an area of just under 4 square miles, Vienna has a moderate population density of about 3,000 residents per square mile. The following will explore some of the pest complaints that Vienna and surrounding towns are likely to experience throughout the year.

The climate of Vienna is classified as ‘humid subtropical’ and is characterized by high summer temperatures and mild, if cool winters. Precipitation is moderate and fairly steady throughout the year, with approximately 40 inches of rainfall for the annual average. Although the area may experience some storm activity, extreme weather events are particularly rare. In fact, the entire state of West Virginia is one of the least tornado-prone regions east of the Rockies. The high year round temperatures typical in Vienna throughout the year make outdoor pest activity a likely prospect, particularly during the warmer summer months.

Common pest complaints in the Vienna area may include cockroaches, rodents, and termites. Cockroaches can live for a long time in homes, often across seasons. They generally become most active during the warmer spring and summer months, when they leave hibernation. They are typically found in dark, warm and moist areas inside a home and are most active at night when they forage for food and mate. They are a problematic pest due to their propensity to spread germs throughout a home, and because of their ability to hide in nooks and crannies and breed in large numbers.

To mitigate the chances of cockroach infestation in the home, the first and most basic step is to maintain a clean household. This can limit the food supply of cockroaches (they particularly love garbage and dirty dishes), and provide fewer places for them to nest in the home. Regular cleaning of areas where cockroaches typically like to nest, such as under fridges and hard to reach areas behind and beneath kitchen appliances, can also reduce the chances of cockroach infestation. When a cockroach infestation is detected, DIY treatment with ‘bug bombs’ can be effective in eliminating the problem. However, these treatments can be dangerous and ineffective, as they can have limited effect on cockroaches that are deeply hidden away in cracks and other areas in the home. For a complete cockroach eradication, a licensed exterminator can provide a comprehensive regime for homes of all shapes and sizes.