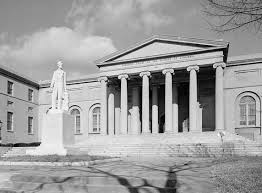 The capital of the United States, Washington, District of Columbia. is home to a population of just under 700,000 residents and many millions of bugs and other pests. 19 percent of the city’s total area is comprised of parkland, ranking second highest in this statistic among high-density US cities. This also makes the city vulnerable to a high number of pest complaints given the ubiquity of pest inhabited green spaces.

Washington’s climate is classified as ‘humid subtropical’, which sees the city experience a temperate climate year round. This is typical of most US-Atlantic cities that are removed from water. Summers are typically hot and humid, autumns are often warm and winters, cold and chilly. The seasonality of the Washington climate means that prevalent pest issues typically come in seasonal waves, with different pests being more troublesome at different times of the year.

The two most common pest complaints in the Washington D.C. area are bed bugs and stink bugs. Stink bugs, although not necessarily harmful to humans, can be (as the name suggests) rather offensive to the senses. These little pests emit a foul smelling odor and are known to infest properties in rather large numbers. Thankfully, they are relatively easy to remove and can be eradicated from the home with a thorough cleaning. To ensure thorough stink bug extermination, service by a certified pest control agent is generally the best bet. They can even carry out periodic sprayings of a property to prevent reinfestation during peak stink bug season in the spring and fall.

Stink bugs are certainly an annoying pest problem; however, bed bugs are a decidedly more problematic pest for Washingtonians to deal with. Bed bugs are attracted to the carbon dioxide humans emit as they sleep, and are notorious for biting their victims in a distinctive line pattern, causing extreme itchiness and irritation. What’s more, these incredibly annoying pests really take the term infestation to a whole new level. They love to hitch a ride on their human hosts and their possessions, infesting one property after another – this is one of the main reasons that bed bugs are such a significant problem in many cities in the US right now. Once bed bugs are brought into the home, it can take several attempts at eradication to be completely rid of this particular pest problem. Often, DIY attempts include unnecessarily burning clothes and bedding in a frustrated attempt to eliminate repeat infestations. This, however, is an unnecessary step and is more a symptom of improper eradication in the first place. For that reason, you can save yourself a lot of time, frustration and expense by hiring professionals to clear bed bugs from your home.