A renowned summer resort for the rich and famous since the 19th century, Watch Hill is an affluent and picturesque village at the southwestern-most point of the state of Rhode Island. The village takes its name from the site’s early use as a key lookout from the time of the French-Indian War, while the area is also home to the historic Fort Mansfield, built for the locations important strategic position. With a permanent population of less than 200 residents and covering a tiny geographic area of less than 1 square mile, Watch Hill is truly a quaint village community. However, despite its idyllic setting, Watch 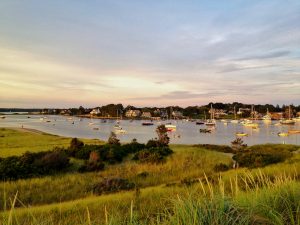 As a coastal New England township, Watch Hill experiences warm summers and cool winters. Precipitation is above the national average, with around 50 inches annually, while the area receives approximately 25 inches of snow each year. It is vulnerable to coastal storm systems, including hurricane activity from time to time. The climate profile of Watch Hill sees fairly average pest activity throughout the area.

A common pest problem in the Watch Hill area is rodent infestation. Rodent activity is normally highest in the cooler winter months, although rats and mice will also seek shelter from storm activity and wet weather during warmer times of the year. These pests can enter homes, squeezing through small cracks and gaps, such as in vents and under doorways. Once inside, they begin to nest in dark, warm areas where they procreate and reproduce in large numbers. Rodents are generally most active at night, when they will leave their nest and seek out food. These are particularly undesirable pests as they can pose a significant health risk to humans by spreading germs and disease, not only through their excrement, but also through the bugs and mites that they carry. Indeed, the bubonic plague that wiped out much of the population of medieval Europe is thought to have been spread by fleas carried by mice! While rodents are unlikely to spread a similar illness in Watch Hill homes today, they can nonetheless spread unwanted germs through a domicile with ease.

To keep rodents out of a home, the best first option is to limit places for them to nest, as well as any potential food sources. This involves keeping a clean house, free from clutter and limiting the warm, dark refuges that are so appealing to rats and mice. Additionally, one should ensure that food stores and refuse are tightly sealed away where no rodent may get to them. This includes keeping items such as grains and cereals in plastic or glass containers. Another precautionary measure to keep rodents out of a home, is to board up any potential entry points any wider than a quarter of an inch, and to keep tree limbs and shrubbery cleared away from potential access points, such as roofs and gutters. Tackling a rodent infestation once it is already underway is possible through DIY means such as rat poison and traps; however, the services of a license exterminator are often more thorough, safer and cleaner.

There are a couple of options for reputable pest control agencies that service Watch Hill, including New England Pest Control and Atlantic Exterminating. Both of these companies offer a comprehensive range of pest control services, including rodent control.