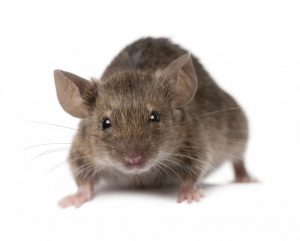 Rats are a common invasive pest.

There are many common pest species that have made a name for themselves as being invasive to mankind, both in and out of the house and garden, but these five—the brown marmorated stink bug, the Formosan termite, the Norway rat, the European starling, and the Asian tiger mosquito, are the five most invasive pest species to have a great impact on human health and property.

The brown marmorated stink bug is originally from China, Japan, Korea and Taiwan, but was accidentally introduced to North America in the late 1990s. It has become a large problem, eating away at fruits, vegetables and crops, but is also found in homes in the cold winter months.

The adult stink bug is usually 17mm long and have a variety of brown shades on their body with various color markings such as grey, off-white, black, copper and even blue, with unique markings; alternating light and dark bands on the antennae and the outer edge of the body. The stink glands are under the thorax and emit an unpleasant odor when crushed or bothered.

Insecticides have proven to be ineffective because of the bug’s ability to fly to new locations. However, homeowners can deter these pests from entering by sealing all cracks around the outside of the home, and ensuring that all windows and doors are properly closed in the fall.

The Formosan termite, also known as the super-termite because of its highly invasive and destructive nature, is originally from southern China and Formosa Taiwan, and was introduced to the rest of the world throughout the 20th century.

This bug is generally creamy white or brown in color, having a long narrow or oval shape, and about 11mm in length. There are 3 main types:the winged reproductives or alates, the protectors or soldiers, and the workers. A king and queen must also be present for reproduction.

These termites generally feast on home or wood fibers, crops and plants; but have been known to eat other products such as insulation, metal, plastic and even asphalt. A Pest Control Company needs to be called as soon as possible when an infestation is spotted. Because of their aggressive nature, a mature Formosan termite colony is very difficult to control and can cause severe structural damages to a home in just under six months.

The Asian tiger mosquito is native to Southeast Asia, primarily the tropical and subtropical regions. It was introduced throughout the world through increased global travel and transportation of goods. It is a highly aggressive mosquito and a carrier of many diseases such as yellow and dengue fever, Chikungunya, and the West Nile virus.

The mosquito has black and white stripe colors and is approximately 5mm in length. They are active during the day and breed in open water sources. Prevention and control of the Asian tiger mosquito is maintained through spraying with insecticides, however, removing stagnant water helps in breeding prevention.

The European Starling, also known as the noisy songbird because of it constant and incessant singing and imitations, was introduced to North America in the late 1890s. Though this bird is beautiful and lovely, it is considered a pest due to the widespread devastation is can cause—eating whole crops, poisoning plant life with its droppings, and breaking branches under its weight. They also pass on harmful parasites, bugs and diseases to the soil.

The starling is a migrating bird that has glossy black feathers with a metallic or iridescent type sheen. It’s about 19-23 cm in length with a wingspan of 31-44 cm and weighing 58-101g. Its coloring changes slightly in the fall, becoming lighter or duller with white spots. The best way to deter this pest is by removing all food sources.

A Norway rat, otherwise called a “brown rat” is thought to have originated in northern China. They are commonly found in urban areas, such as basements or underground burrows, and living off of the remains of humans.

Norway rats usually weighs in excess of 500 grams, with a body length of 40cm and a tail length of about 20cm. They are brown or gray in color, with a shaggy fur and tail covered in scales. Due to their quick reproduction rate, infestation can be quick. Professional help should be sought always when rats are present, because of the diseases that they can carry.