With reports of bedbugs rising and the little creatures being found in more places, it might not be a bad idea to familiarize yourself with the treatments that have been shown to work at eliminating these blood sucking pests. There are a lot of products registered for use in fighting bedbugs, but they all come down to 6 main ingredients that have been found useful. Below you will find a description of the 6 pesticides found to be effective for controlling bedbugs. 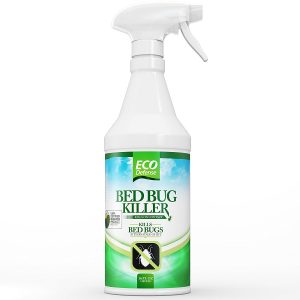 These two compounds are the most common pesticides used to control bedbugs long with many other insect pests. Pyrethrins are a natural pesticide that is derived from the chrysanthemum flower. Pyrethroids are a synthetic version of Pyrethrins.

Both of these compounds are capable of killing bedbugs, however, some bedbug species have begun to show resistance to these types of pesticides. In cases where these pesticides are not proving effective, the EPA advises trying a product that mixes these types of insecticides with another, or switching to a different insecticide based product altogether.

These types of pesticides are also available as foggers, which may be easier to use for eradicating bedbugs in larger areas or in multiple rooms of a home.

Desiccants work by breaking down the outer layer of the bedbug’s exoskeleton, causing them to dehydrate and die. It’s important to note that a desiccant works through a physical weakness in the body of the insect, not by poisoning them. This means that they can not become resistant to a desiccant in the way they can with a pesticide.

Examples of desiccants are boric acid and diatomaceous earth. Both products are a very fine powder, so it is important to be careful when using them and carefully follow instructions in order to avoid any problems with inhalation. CimeXa Insecticide Dust, a similar substance to diatomaceous earth, contains desiccants. It is labeled for treating areas including crevices, voids, carpets, attics, cracks, mattresses, and many others for bedbugs. It also kills other household pests such as drywood termites, spiders, roaches, and ants.

So far, cold pressed neem oil is the only registered biochemical for use in controlling or eliminating bed bugs. Neem oil is made by pressing the seeds of the Neem tree which is found in Southeast Asia and Africa. The oil contains several compounds that act as an insecticide. In trials it has been shown to be effective against bedbug adults, nymphs and eggs.

These are chemicals that mimic the growth hormones in insects. Depending on the exact chemical, they will work by 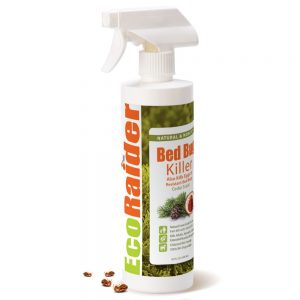 altering the chemical production needed to make the insect’s exoskeleton or interfering with development into adulthood. Some growth regulators will make the insect develop too quickly while others will stop growth altogether.

These are a synthetic form of nicotine that acts on the nicotine receptors in an insect’s nervous system. They will cause nerves to fire over and over again until they ultimately fail. This method of killing the bugs is also a physical reaction that the insects can not build up a resistance to.

There is only one currently registered pyrrole pesticide for fighting bedbugs, which is chlorfenapyr. This is what is known as a pro-insecticide, meaning that it is metabolized into an active insecticide only after it enters the insect. Once it has gotten inside the insect’s body, it reacts to create a new chemical which interferes with cellular functions, causing death.

If you’ve been unfortunate enough to have a problem with bedbugs, you may need to try more than one of these pesticide solutions to get rid of your problem. Which will work best is going to depend on the exact strain of bedbugs you’ve encountered, as well as your environment. Many homeowners who are stricken with bedbugs get some relief by securing their bedding or mattress as they sleep by using Bedbug proof mattresses. These mattresses tend to be hypoallergenic and protects against not only bedbugs but dust mites as well.

Always be sure to thoroughly read labels and instructions when using pesticides, especially inside your home and in areas where you and your family sleep.