Home > General News > What are Ladybugs? 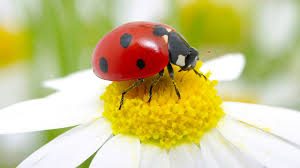 Ladybugs are beetles known for their colorful, spotted appearance. On farms and in gardens, they can be useful pest control solutions since they eat lace bugs, aphids and other pests that would otherwise consume your plants. But watch out! As with most creatures, too many ladybugs are never a good thing.

Ladybugs are found in places like North America, Europe and Asia. In Europe, however, these “bugs” are called ladybird beetles.

Some species of this insect like the Harmonia axyridis can be a real bother, as they infest homes during the winter in their search of more hospitable surroundings. In such cases, they can be found crawling in the dark corners of your house, along windowsills or in the attic. This species which is also known as the Asian Lady Beetle is native to Asia but is commonly found in areas of the United States as well.

Though they are called “bugs” in the States, these creatures are actually beetles. They share several characteristics of beetles and are from a large family of beetles called the Coccinellidae. They can easily be distinguished from other beetles due to their dome-shaped bodies and the multiple black spots that dot their wing covered backs.

Ladybugs are usually red, yellow or orange in color and average a few millimeters in length depending on their 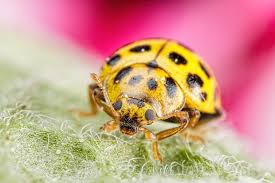 species. Believe it or not, ladybugs also carry on their backs the shape of the letter “M” or “W” on the whitish area at the base of their heads.

They lay clusters of yellow eggs on the underside of leaves which then hatch larvae. Ladybug larvae is often described as tiny alligators. So if you see these tiny predators crawling on the leaves of your plants or eating aphids or other plant-eating insects, you can be sure they will soon develop into adult ladybugs. At that stage, they will be about ¼ inch in length.

The spots on a ladybug’s back are its most special feature. These spots truly set them apart from other beetles, due to the fact that they’re so uniformed and found in all ladybug species. Though the multiple spots are usually black, you may also find rare species like the Vibidia duodecimguttata with white spots.

Removal or Preventative Procedures of Ladybugs

Though most ladybugs rarely cause problems for homeowners, the Asian lady beetle can be a real nuisance. If these pests invade your home or infest your gardens, you will need to employ several measures to combat the ladybug infestation. Start by employing preventative measures that will stop more lady beetles from entering your premises. 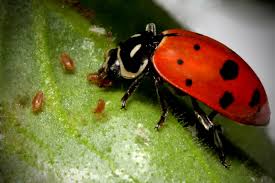 Also, reduce the population both indoors and outdoors with the procedures listed below.

In store or Chemical

Certain insecticides are useful in managing ladybug infestation. When applied properly, for instance to the outside of your home, it can act as a barrier, thus preventing ladybugs from entering your home.

These insecticides vary in effectiveness so be careful before purchasing ladybug pesticides online or in gardening stores. Consider getting help from a professional since pest control teams are usually equipped with high-standard equipment and the know-how to get pest problems under control.